sigur rós have given a dozen filmmakers the same modest budget and asked them to create videos for their new album valtari. the filmmakers have complete creative freedom, the band completely unaware of what to expect. read more

for a little while now i have been experimenting with doing videos that are more like moving images or paintings. they have no beginning, middle or end so the video doesn´t expect anything from you. you don´t have to watch it all, you can glance at it or watch for an hour, it´s just your experience.

i have also been doing music videos which are almost the total opposite. they have to be fast, lot of things happening in a short period of time otherwise you just turn it off.

i was curious to try to combine the two.

ekki múkk is an animation of the cover of valtari. i was finishing the artwork for the cover and the guys came over to take a look and we were just messing about, making the ship sail across the screen and then we decided to make a video. i think it is like a meditation video in a way. look and listen once a day and you can skip your yoga class. varúð has more of a story. varúð means caution or warning so this image instantly came to my mind. someone making warning signs with a flashlight. i wanted the varúð video to have a slow build up like the song and leave something for the viewers to imagine for themselves. we have no idea who they are or what they are warning us about.i made the video by animating a postcard (see attached) and filmed myself over and over again climbing on top of a woodenbox in front of some blue paper. 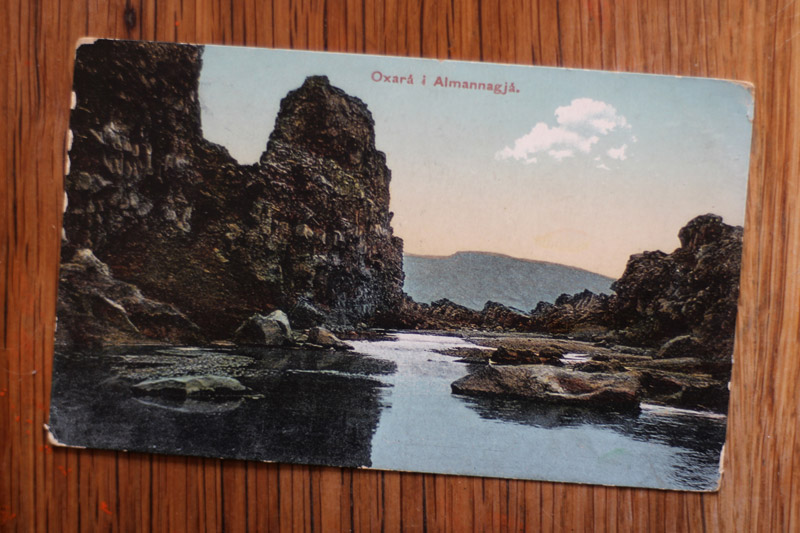 inga birgisdóttir graduated from the icelandic academy of art in 2006. she has held and taken part in numerous exhibitions both in iceland and abroad, made album covers and music videos for múm, jónsi, sin fang, sóley and many more. she just premiered her first documentary called grandma lo-fi the basement tapes of sigríður níelsdóttir.